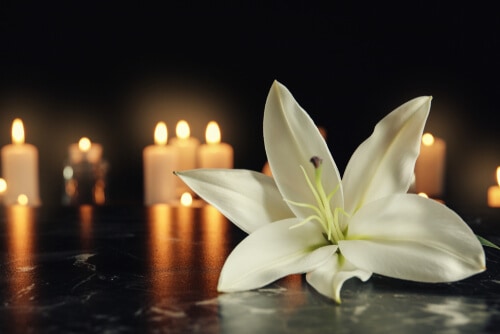 Having a family member or friend pass away is never an easy experience and sometimes these people are taken sooner than expected. When it comes to influential people, especially ones we look up too, these deaths can be just as hard to deal with. Some of the most famous memorials are some of the most clever and hold the most meaning behind a person’s life whilst still being beautiful and serve its purpose of remembering the person who has passed away. South Wales Monuments has done some research into some of the most famous memorials for an influential person or celebrity. This follows the blog post about The worlds most famous memorials. If you would like more information on how to remember your loved one please contact us on our website today. 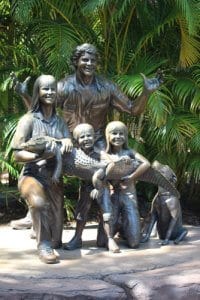 Steve Irwin also is known as “The Crocodile Hunter” passed away at age 44 whilst filming a documentary at The Great Barrier Reef in North Queensland. While Irwin was snorkelling and came across a stingray, the stingray struck out at Irwin piercing him in the chest. Steve Irwin died of a cardiac arrest shortly after the sting. On November 15th Steve Irwin’s wife Terri Irwin and two children Bindi and Bob Irwin revealed a bronze family statue located at the entrance of Australia Zoo in memory of Steve. November 15th is now also known as Steve Irwin Day to hold an international tribute to his life and his hard work. 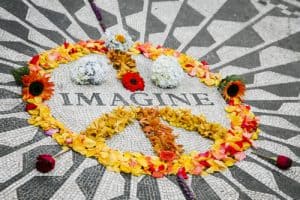 In Strawberry Fields, Central Park, New York there is a tribute to the Beatle singer John Lennon. Strawberry Fields officially reopened on the 9th of October 1985 which is the 45th Anniversary of John Lennon’s birth. On this date, every year visitors and fans flock to Strawberry Fields to pay their respects to the legacy. In the centre of Strawberry Fields lies a black and white mosaic which was named after one of John Lennon’s famous songs, ‘ Imagine’. The mosaic was made to evoke vision and hope for a peaceful world. More than 120 countries planted flowers and donated money for the maintenance of the area. John Lennon and his wife lived in the Dakota Apartments located near the park and it was here when walking to his home that Lennon was shot and murdered on December 8th 1980. 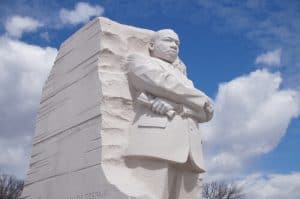 Martin Luther King was the leader of a civil rights movement in the United States from the mid-1950s until his assassination in 1968. The Martin Luther King, Jr National Memorial was built between 2009 and 2011 in Washington DC to honour and remember the American Baptist Minister, social activist and Nobel Peace Prize, winner.  The memorial is located along the west bank of the Tidal Basin which is not far from the Lincoln Memorial, where he delivered his most recognised speech, ‘ I Have A Dream.’

Lincoln was the 16th president of the United States of America. The Lincoln memorial includes 36 columns one of each state at the time of Lincolns death in 1865. Each column stands 44 feet tall and the names of the 48 states and listed above the colonnade. On the interior, there is a memorable quote etched into the wall, “ In this temple, as in the hearts of the people for whom he saved the Union, the memory of Abraham Lincoln is enshrined forever.” Underneath the quote is a 19-foot fall statue of the President. The president was assassinated by famous actor John Wilkes Booth in Washington DC. 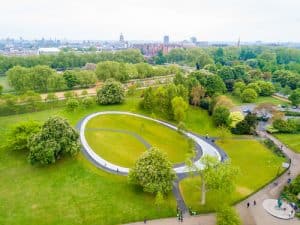 The Princess Diana memorial fountain was opened by Her Majesty The Queen on the 6th of July 2004. The fountain contains 545 pieces of Cornish granite and was designed to reflect Diana’s life. The fountain is located in Hyde Park and was visited by her sons Prince Harry and Prince William on the eve of the 20th anniversary of her death. The memorial symbolises Diana’s openness and quality. Princess Diana died following a car accident in Paris on August 31st 1997. The Princess was being driven at high speeds when the vehicle crashed into a pillar in a tunnel under Alma Bridge, Paris.

Remembering Your Loved Ones

South Wales Monuments understand how very important it is to remember your loved ones in the best possible way you can. We offer many services which can provide you with this outcome. If you need help with the process or want more information on our memorials and monuments please contacts us today on 02920 887 188 or through our website.

Sarah Wirth is the content writer for South Wales Monuments and updates our blog regularly with helpful advice and new information. 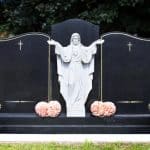 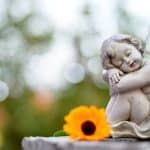 Menu
This website uses cookies to improve your experience. We'll assume you're ok with this, but you can opt-out if you wish.Accept Read More
Privacy & Cookies Policy
Necessary Always Enabled
Email to friend/family
Quick Quote
Arrange A Home Visit
Request A Bespoke Quote