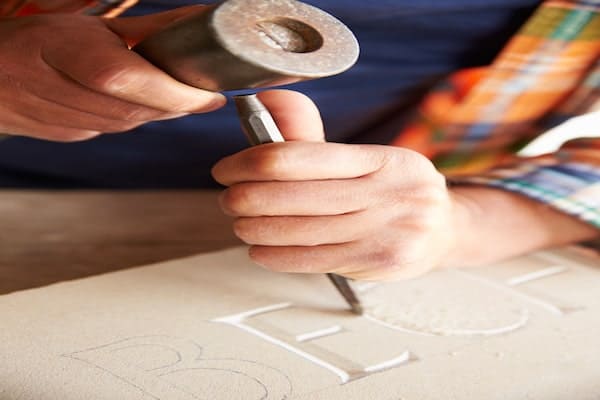 When a famous person passes away, it’s a big deal to many people around the world. Whether they are an actor, musician, athlete, politician or other, their funerals often draw in large crowds of people. A lot of people remember the day and where they were when a famous person passes away and it sticks with them. Streets are usually lined up with people trying to catch a glimpse of the coffin or just to grieve themselves with other like minded people. South Wales Monuments have looked back through history to try and find some of the most famous funerals in history.

Princess Diana of Wales had a public funeral on the 6th of September in 1997 at 9:08am in London. The tenor bell of Westminster Abbey sounded to signal the departure of the cortege from Kensington Palace. Her coffin was carried from the palace on a gun carriage, along Hyde Park to St. James’s Palace, where Princess Diana was laid to rest for five days before being taken to Kensington Palace.

The British flag on top of the palace was placed at half mast in respect. The official ceremony was held at Westminster Abbey in London and her final resting place was in Althorp. Two thousand people attended the Westminster Abbey service, whilst the British broadcast of the event peaked at 32.10 million viewers. 2.5 billion people watched the event worldwide, making it one of the most watched events in history.

On the 7th of July in 2009 a public service memorial was held for Michael Jackson at the Staples Center in Los Angeles, twelve days after his death. The event was preceded by a private family service at Forest Lawn Memorial Park’s Hall of Liberty in Hollywood. Michael Jackson had a closed, solid bronze casket, plated with 14 karat gold and lined with blue velvet. The casket arrived at 10:00am and was placed in from on the stage, the stage was then filled with flowers, photographs and film of Michael Jackson and the Jackson 5 were projected onto the screens at the back.

Michael Jackson’s brothers sat in the front row with a single white sequined glove on their hand to pay tribute to their brother. Michael Jackson’s 11-year-old daughter, Paris, was unable to give her space without crying, told the large crowd, “ I just want to say, ever since I was born, Daddy has been the best father you could ever imagine, and I just want to say I love him…so much”.

Steve Irwin has a private funeral service in Caloundra on the 9th of September 2006. He was buried in a private ceremony in Australia Zoo. On September 20th a public memorial service was held in Australia Zoo’s 5,500 seat Crocoseum, it was broadcast throughout Australia, The US, Germany and Asia. The broadcast is estimated to have been seen by over 300 million people worldwide. Speakers at the memorial included; Steve Irwin’s father Bob and daughter Bindi Irwin. As a final tribute the Australia Zoo staff spelt out Steve Irwin’s catchphrase “Crikey” in yellow flowers. Then in 2007, the road that runs by Australia Zoo was officially named “Steve Irwin Way”

An invitation only memorial service was held for Houston on Saturday, February 18th in 2012 at the New Hope Baptist Church in Newark, New Jersey. The service was scheduled for two hours but lasted four. Other famous people performed such as Stevie Wonder, Alicia Keys and Kim Burrell. Speakers include Clive Davis, her record producer; Kevin Costner; Rickey Minor, her music director; her cousin, Dionne Warwick and Ray Watson who was her security guard for 11 years. Houston was buried on February 19 in 2012 in Fairview Cemetery in Westfield, New Jersey, next to her father John Russell Houston who sadly passed away in 2003.

Perry suffered a massive ischemic stock at his home in Sherman Oaks in Los Angeles on February 27, 2019. After a second stroke, his family followed the medical team’s recommendations to take him off life support, he then passed away on March 4th age the age of 52. He was buried near his home in Vanleer, Tennessee, where he had lived since 1995.

His death caused an outpouring of grief as co-stars, friends and fans recalled a talented and kind man. A private memorial service was then held at the Warner Bros. Studios in Hollywood where cast and crew members from “Beverly Hills 90210” and “Riverdale” had been invited.

South Wales Monuments understand how very important it is to remember your loved ones in the best way that you possibly can. We offer many services which are available to the whole of South Wales and Bristol which can provide you with this outcome. If you need help with the process or would like more information on our memorial and monument services please contact us today on 02920 887 188.

Sarah Wirth is the content writer for South Wales Monuments and updates our blog regularly with helpful advice and new information. 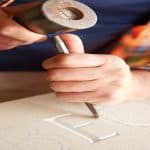 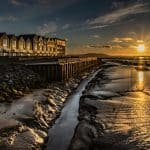